If there’s one line that carries the weight of an entire film, it’s this one from Lee Chandler (Casey Affleck), the centerpiece of Kenneth Lonergan’s new film, Manchester By The Sea.

What Lee Chandler can’t beat, is having to come home to set up funeral arrangements for his brother Joe (Kyle Chandler), who recently succumbed to a deadly heart condition. It’s not the arrangements or burying his brother that he can’t beat, but being forced into returning to a place where he has to relive a past tragedy that has plagued his life every single day since, forcing him to live a lonely life in isolation, working as a janitor and handyman at an apartment complex, just toiling away during the day and pounding beers and getting into fistfights at night. 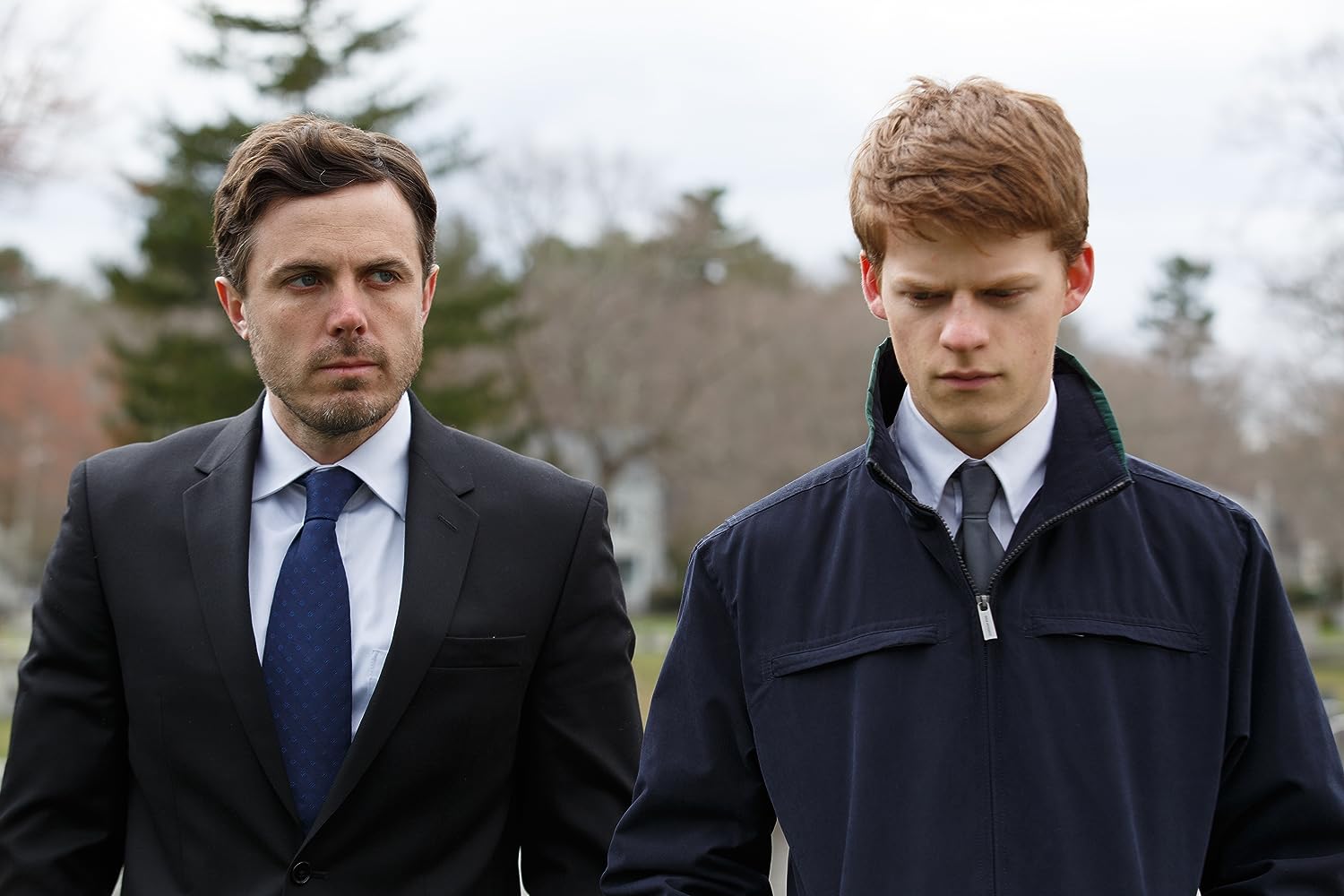 As if coming home to bury his brother wasn’t hard enough, Lee is also responsible for breaking the news to his nephew Patrick (Lucas Hedges) that his father has died. Joe and Patrick are forced to deal with the situation together, which is tough on both of them for a wide variety of reasons. Then there’s his ex-wife Randi (Michelle Williams) whose relationship came crashing down in an inexplicable way in which there was no coming back. Lee and Randi hadn’t spoken in many years and Joe’s death forcing them to finally come face to face, for better or worse.

Lonergan, who also wrote the script himself, gives us context to the history behind all this pain with carefully placed flashbacks to explain the grief that these characters are juggling in the present. Editor Jennifer Lame deserves high praise for the way that she splices these flashbacks in haunting fashion, serving the story’s dense emotional weight with precision. The way that these sobering flashbacks are handled, paired with an equally moving score by composer Lesley Barber, gives the story a great deal of emotional weight and gravitas that strike a tremendous chord.

Upon coming home, Lee is reunited with some pleasant faces such as longtime family friend George (C.J. Wilson), and some unfamiliar ones such as Silvie (Kara Hayward), Patrick’s girlfriend and Sandy (Anna Baryshnkov), another one of Patrick’s girlfriends. While he may seem like a player, Patrick is hiding behind this confident ladies man character to guard the pain about his father’s sickness and eventual death.

Lonergan’s script is so carefully crafted in a way that felt so real and connected the many different ways that humans deal with tragedy and deep emotional pain and sorrow. I am not from Massachusetts, but I felt like these characters felt real and true to the area, and as people as a whole. At 137 minutes this is a long film, but every ounce of dialogue and scene is essential to this heartbreaking tale, one that genuinely moved me to tears on multiple occasions. Casey Affleck’s performance as Lee Chandler is a career best, one that will garner him well deserved acclaim this award season. He completely buries himself into the role of self-hatred and depression, and absolutely sells it with a subtlety that sneaks up on both him and the audience, until we both finally break down with that one simple utterance of “I can’t beat it.”

Young Lucas Hedges is best known from a small but memorable turn in Wes Anderson’s Moonrise Kingdom. His role in Manchester By The Sea will put him on the map in a real big way, as he more than holds his own against Affleck and offers a impressive performance that will break hearts in its own way.

Then there’s the always fantastic Michelle Williams. One particular scene between Affleck and the actress is a real heartbreaker, and that’s just as much in part to the performance of Williams who doesn’t have the same amount of screentime as Affleck, but makes use of every single second she’s on-screen to impress. Then there’s the charming performance of C.J. Wilson who provides a great deal of warmth and levity to a bleak film that certainly needs it.

Manchester By The Sea is a slow burn that uses subtle,real-lifee situations and conversations to move its story along. Kenneth Lonergan crafts this fragile tale with calculated precision that feels utterly true and human, even if that means reaching deep to the furthest depths of our emotional core and forcing us to confront grief (and the moments of total black comedy). The rather curt and abrupt ending will leave some confused but it was a perfect conclusion for a film that touched upon so much of life’s truth. Sometimes there’s no perfect bow tie to be had, sometimes life simply must go on.